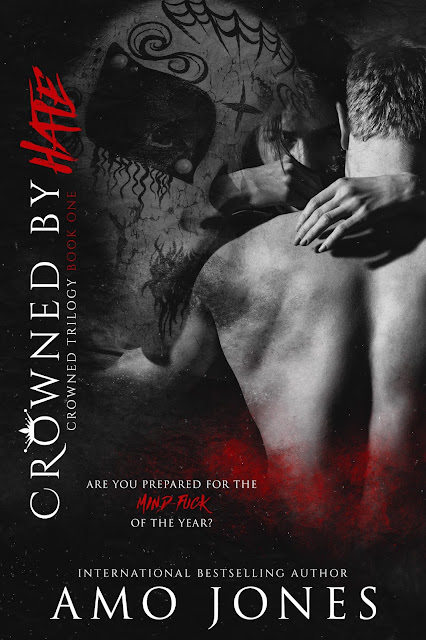 Some would say I have a privileged life. Daughter of the current President of the United States, wealthy, famous, and all things that some girls wish they had.

Only I'd dream of having a simple life. A life where I wasn't marrying the scariest man I have ever met. Well, I thought I had just met him, but it turns out, there's so much I don't know about myself. That's all thanks to a past so twisted, so warped, that no amount of money, or presidential status could wipe it clean.

I'm the rebel child. Or as some may see it, the disappointment. I’ve never cared about expensive wedding gowns, or how much someone paid for a tailored suit. I don’t care if your wedding dress is from Walmart, or if it’s from some fancy, upscale designer line.

So why am I marrying the devil dressed in a thousand-dollar
suit?

I'm about to find out how I got here. To marrying one of the most powerful men in the country. The road to finding out, though, is paved with darkness, painted with the blood of innocents, and it leads my ass straight to hell. Only this hell is a multi-million-dollar penthouse suite in New York City where Bryant Saint Royal, sits on his throne. 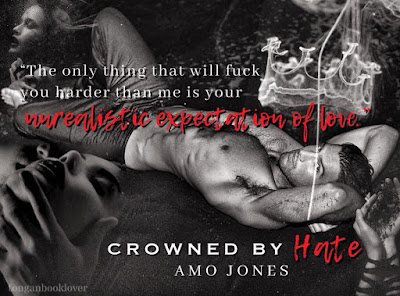 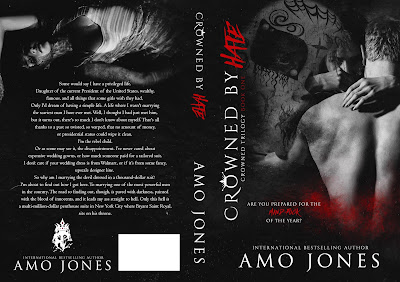 Amo is a full-time writer from New Zealand who loves long romantic walks to the wine cellar.

She loves to write like how she lives, hanging on the edge of insanity with a wine glass in one hand and her morals-or lack thereof- in the other.

Those are not my monkeys, I swear....
Oh those hellhounds? Yeah, those are mine.

Posted by Jennifer Yarbrough at 11:22 AM No comments: 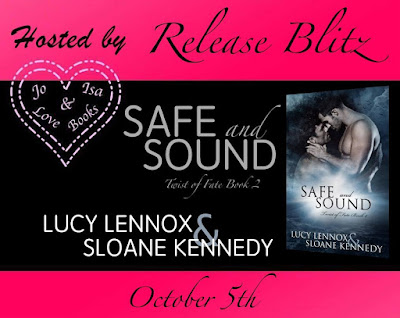 I’ve been drowning for a long time. I never thought I’d find someone who knows what that’s like…
Self-proclaimed playboy, Aiden Vale, has it all – good looks, successful career, plenty of cash in the bank and an endless supply of men who know the score… that one night is just that. So the last thing he wants, or needs, is to forge a connection that might mean revealing more of himself than he’s ready to. But when fate intervenes, putting Aiden in the path of someone who threatens to knock down his carefully constructed walls, he’s quick to realize the young man he’s become infatuated with is hiding a painful secret.

I finally have a shot at freedom. I’ll never let anyone take that from me ever again…
Ash Valentine is just looking for a way out, and the last thing he wants or needs is another man controlling every aspect of his life. Desperate for the cash that will help him flee his abusive boyfriend, Ash accepts what is supposed to be a temporary job at a local coffee shop. But nothing prepares him for the gorgeous and enigmatic Aiden Vale, and the small acts of kindness the charming coffee shop regular bestows on him or the new friends he begins to make along the way.
Terrified of once again becoming too reliant on someone else to take care of him, Ash refuses Aiden’s repeated offers of help in any form. But when it becomes clear that there’s something more behind Aiden’s need to save him, Ash begins to wonder if he’s found someone who needs saving just as badly.

I know he wants to save me, but what if he’s the one who needs saving…
As their tentative friendship turns into something more, long buried secrets begin to surface. When Aiden’s need to protect Ash clashes with the younger man’s desire for independence, memories of the one he couldn’t save begin to tear at the fragile cords of Aiden’s soul, and he’s forced to face a truth he’s been hiding from for a long time.
Threatened with losing what they’ve only just found, will Aiden and Ash find a way to accept their pasts or will they let the pain drag them below the surface for good? 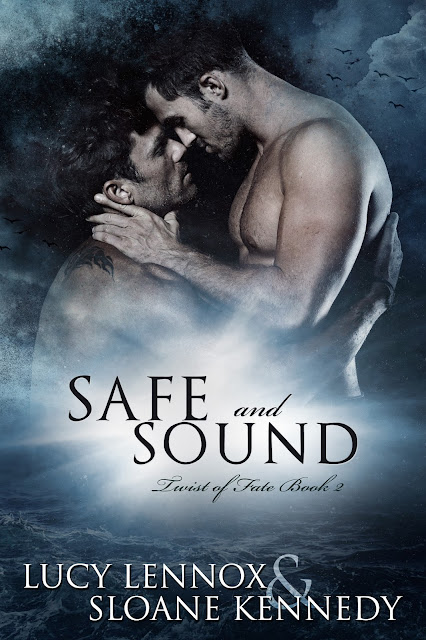 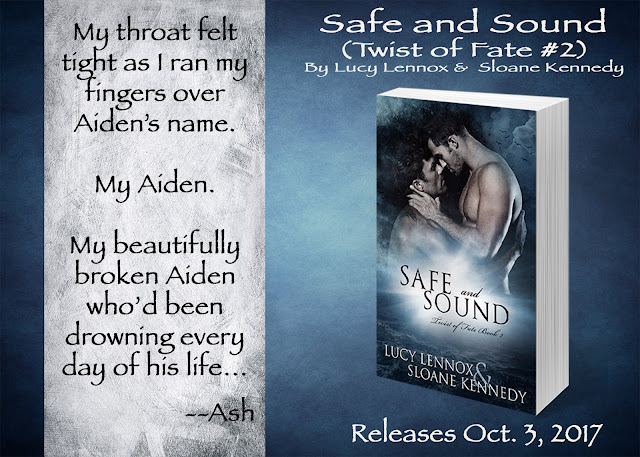 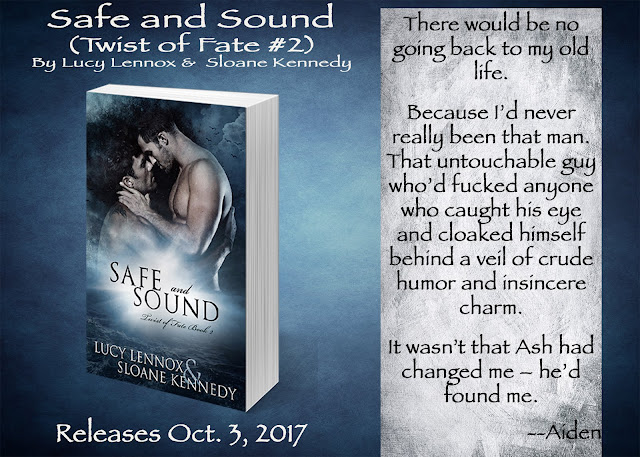 Start the series Now.
BOOK #1 IN THE Twist of Fate SERIES.
Lost & Found

SYNOPSIS
He promised to never leave me. But when I needed him the most, that was exactly what he did...

From Bestselling Authors Sloane Kennedy & Lucy Lennox comes an exciting new series about how a twist of fate can change everything...

He promised to never leave me. But when I needed him the most, that was exactly what he did...
Wilderness guide Xander Reed has spent fifteen years trying to forget the night he turned to his best friend in his darkest hour, only to find the young man who'd sworn to always have his back was turning his on Xander instead. Two thousand miles and fifteen years of building a new life in the quiet backcountry of the Rocky Mountains should have been enough to put the memory of Bennett Crawford out of his mind forever, but old wounds run deep and when Bennett suddenly reappears in his life as part of a wilderness expedition Xander is guiding, the scars he thought long healed break wide open.

I'd only ever wanted to protect Xander from getting hurt again. I never considered the one he needed protection from was me...
Bennett Crawford was faced with an impossible choice the night his best friend needed him.

As the only son of one of the wealthiest families in New England, he should have had the world at his feet, but losing his best friend at the tender age of fourteen changed everything. And even though Bennett's managed to hide behind a mask of contentment as he takes his place at his father's side in the family business, inside he's searching for the piece of himself that's been missing ever since Xander Reed walked out of his life. Bennett's only saving grace is his work with a group of inner city kids, and when he's given the chance to show the troubled teens that there's a bigger world out there waiting for them if they just have the courage to reach for it, he takes it.

But when he steps off that bus for what was supposed to be a week of fun and adventure, he's instantly returned to the past when he discovers their expedition guide is none other than the boy he let go so long ago. Only, the soft-hearted, insecure little boy Bennett once knew is gone, and in his place is a brooding, bitter man who isn't interested in second chances.

People leave. I know that now and nothing Bennett has to say to me will change anything...
All Bennett wants is another chance to show Xander that friendship was only the beginning. But when a stubborn Xander refuses to even hear him out, Bennett realizes he's going to need to fight dirty.

Because now that he's found Xander again, he's not letting him go a second time... 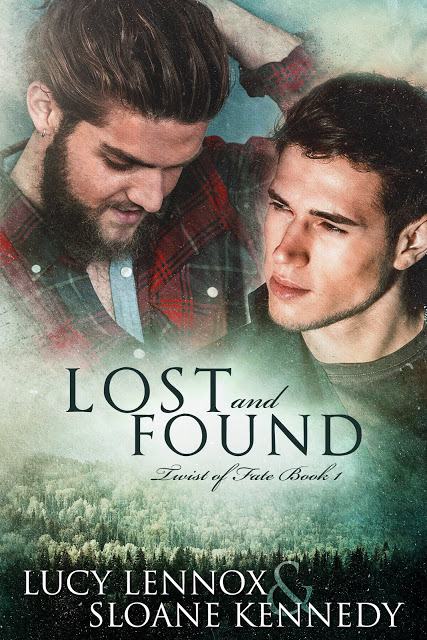 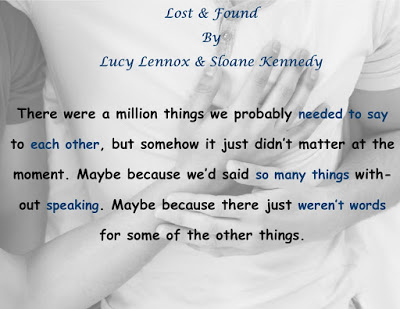 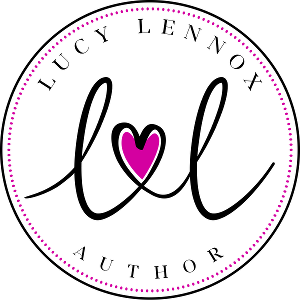 After enjoying creative writing as a child, Lucy didn’t write her first novel until she was over 40 years old. Her debut novel, Borrowing Blue, was published in the autumn of 2016. Lucy has an English Literature degree from Vanderbilt University, but that doesn’t hold a candle to the years and years of staying up all night reading tantalizing novels on her own. She has three children, plays tennis, and hates folding laundry. While her husband is no shmoopy romance hero, he is very good at math, cooks a mean lasagne, has gorgeous eyes, looks hot in his business clothes, and makes her laugh every single day.

Lucy hopes you enjoy sassy heroines and sexy heroes as much as she does.  Happy reading!

Although Sloane Kennedy always dreamed of being a writer as a teenager, she didn't take the plunge until March of 2015 when she released her first novel as an independent author. Since then, she has released more than a dozen books including the Amazon best-selling "Barretti Security" series, "Finding" series and "Protectors" series. While she initially began writing M/F romance, she found her true passion writing gay romance and all four of her most recent releases reached the #1 spot on Amazon's Gay Romance bestseller list and Freeing Zane, her final book in the Barretti Security series, made it to Amazon's overall bestseller list. Sloane was born in Germany and grew up in Virginia and Wisconsin. Although she currently lives in Wisconsin, the place where she has always felt most at home is Seattle and many of her books take place in the Emerald city. Although she is unmarried, a menagerie of 2 dogs and 3 cats keeps her busy enough and 3 young nieces take care of the rest of her free time. Sloane loves being able to share her passion for romance with readers and she is truly humbled by all the support she's received from fans and fellow authors alike.
CONNECT WITH SLOANE HERE:
Website:
www.sloanekennedy.com
Facebook:
https://www.facebook.com/profile.php?id=100009132831061
Twitter:
@sloane_kennedy
Amazon
http://bit.ly/SloaneKennedyAmazon

To my new FB friends, feel free to check out my fan group, Sloane's Secret Sinners. We do lots of giveaways and it's the only place you can sign up for a chance to get an ARC.
YOU MUST BE FRIENDS WITH ME OR FOLLOWING ME TO JOIN

Thank you for touring with Jo&Isa♡Books